What Can a Little Curry Do?

My diet and cooking preferences have simplified a lot lately. My current favorite meal? Steamed vegetables over rice with a bit of Cajun seasoning and a boiled egg or two. Done in about fifteen minutes and immensely satisfying.

I've had the 30 minute rule in place for a long time. Meals should take 30 minutes or less for prep and cooking on a week night after work. But I wavered away from that rule with my foray into Indian cuisine which was delightful and educational but time consuming. I didn't dig too deep but I'm pretty sure there is no such a thing as a simple Indian dish. There are steps and lots of prep and yes, it's worth it but there were nights after work that I felt like I was working a second shift in a restaurant. In the end, I had learned more about spices and discovered new depths of flavors than I had thought possible but a lot of my favorite Indian recipes are in line with the time commitment of Texas chili. It should take a day or two to get it really good.

But the education was invaluable. Spices add depth to a dish and that's what Indian cooking excels at. And I have no fear of curry which is an accomplishment as far as I'm concerned since a lot of the home-style cooks speak of curry in hushed tones tainted with fear.

Curry powder has a interesting origin in that the "heat" of the curry power is actually an import from the Americas in the form of a variety of chilies. This is actually a common theme in culinary history. The two big exports of the Americans onto the world culinary stage are peppers and tomatoes. So the heat of a curry or the North African tagine didn't develop until the discovery of the New World. Same thing with tomatoes which is kind of mind blowing when you consider how ubiquitous the tomato appears to be to Italian cooking.

Now one could get really caught up in the minutiae of curry powders since curry powder is actually a mix of spices and this mix will vary from region to region and from country to country. South Asia curry or Thai curry may be different from an Indian curry. But, usually, it's not worth splitting hairs unless you become a true curry connoisseur at which point you may consider grinding your own. Garam masala has the same status. It's a mix of spices that may vary.

For my purposes, I just need the spice container to say "curry" and I'm good to go.

I have added two recipes to my "fast and furious 30 minutes or less but don't skimp on flavor" repertoire. Both are so simple that they can be a little daunting. You may find yourself looking at the dish and saying "That's it?" It's almost too easy but if you want flavor and you want fast, I haven't found much that beats either of these.

The first is a coconut curry with rice noodles.

Put a cup and a half of water on to boil.  Add a bouillon of your choice. I usually go with a tomato chicken variety but you could use vegetable or even beef if you have it. I think the chicken turns out best though. 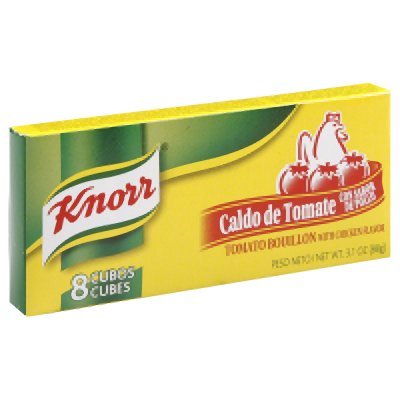 Bring the bouillon to a simmer and let everything dissolve. Then add a half a teaspoon of curry, a half a teaspoon of garam masala and salt. Let this simmer for a minute or two and then add about a half a can of coconut milk (remember to shake the can vigorously before you open it) . Bring everything back up to heat but don't let it get to a roiling boil. Just let it simmer.
Get two packages of rice noodles. I'm specific on the brand here because the individually wrapped servings are perfect for this. Place the noodles into deep bowls and then pour the hot mixture carefully over the noodles until they are submerged. Cover the bowl and let sit for five minutes and then the noodles will be done.

It's almost too easy for the level of flavors that you will experience. And you can ramp it up easily if you want more heat by adding more curry power but be careful. Go a half teaspoon at a time until you find your sweet spot. Remember that when the Thai or Indian restaurants are asking "What heat level would you like, 1 to 5" they are most likely asking how many spoons of curry do you want added to the dish.

Now take all of this and maybe boil an egg to go with it or steam some vegetables and you have very nutritious meal by most standards and essentially all you had to do was boil water.

The other recipe actually came from a post on Reddit which has the original recipe and the variation that I now lean upon for a super quick meal that also serves as a complete protein.

The variation I use was suggested in comments of the post and uses far fewer ingredients. Basically, saute a little bit of garlic, a little bit of onion and a half a teaspoon of curry in a pat of butter or a little bit of olive oil. When the onions are translucent add a can of red beans and bring up to heat. Pour a serving of beans over a serving of rice and you are done. You could add a bit of sour cream or yogurt and some chopped green onion if you are feeling fancy.

Now, I admit I was dubious on this last one. Speaking as someone who spends Sunday afternoons cooking beans in a slow cooker Cajun style, eating beans out of a can seems pedestrian. But I had the ingredients so I tried it and now I am embarrassed to admit that this is the best beans over rice recipe I've ever had. It is insanely good and satisfying in its base form.

Why does curry work? If I were to channel Alton Brown for a second, I would imagine it has something to do with not only a combination of appealing and savory flavors but also the fact the the heat will open your sinuses and thus enhance your sense of smell for a moment. The better you can smell, the more you can taste so a lot of the inherent flavors are allowed to shine.

That would be the science of it. But for me it's magic. A little spoon of something that instantly elevates a dish on a variety of levels and can make the simplest of ingredients into a flavor adventure.

So what can a little bit of curry do?

At this point I'm wondering what it can't do.